Progressive Innovations LLC is a company dedicated to designing and building new products from the ground up. The company stands for quality in workmanship, and an ultimately better product and process. Based on this, they have developed new products that have entered the market place and have been very well received. These products are changing the way sand, gravel and other materials are handled, and also, it will greatly enhance the efforts made toward flood control and sediment and erosion control. The added goal is to save time, money, and, indeed, repetitious physical exertion and fatigue.

In addition to the Pro Bagger®, the Quik Levee Builder® and the Instee Levee Builder®, Progressiveive Innovations LLC has designed and developed erosion control machines for Filtrexx International as well as time saving products for other company’s.

“The team at Progressive Innovations has dedicated itself to provided unique solutions for their clients,” stated JL Haber, Vice President of Programming for 21st Century Television. “We are excited feature them on our program.”

Progressive Innovations LLC is based in Cambridge Minnesota, USA. We at Progressive Innovations are enthusiastic about developing solutions to perplexing problems. We have developed powerful equipment that has created solutions for flood and erosion control. Our flood control technology includes the Probagger 12® a unique skid loader operated sandbagging machine and the Instee Levee Builder® an exceptionally fast Levee building machine. These two machines are maximizing the flood fighting potential of skid loaders.  Our Quik Levee Builder® is a super heavy duty levee building machine capable of making a 42 inch high levee in a single pass. Both of our Levee building machines, the Instee Levee Builder® and Quik Levee Builder® create Fast-Built Levees®. Fast-Built Levees® are a water-tight, stackable, easy cleanup levee. These Fast-Built Levees® replace the need for sandbags in all flood applications except those in very tight places where sandbags are still required. This means that Fast-Built Levees® can minimize an entire city’s need for sandbags in a flood event to less than 1/100th the current need. These tools are creating affordable flood fighting solutions for governments, businesses, and land owners.

We at Progressive Innovations have additional Innovations such as new firefighting tools as well as the FX line of erosion control technologies that we have custom developed for Filtrexx International, a long standing business partner who is using our innovations globally.

21st Century Television is an award winning business show that is independently produced by MMP (USA), Inc. The show provides its business viewers an in depth opportunity to find solutions to the industry problems from some of the top business leaders from across the world. With more than 5000 companies participating on over 500 shows, 21st Century Television continues to be the premier and targeted outlet for the latest business stories. 21st Century Television airs on cable networks that reach over 100 million viewers worldwide. For specific market-by-market air dates and times, please e-mail [email protected]. For more information, please visit http://www.tvbusinessnews.com

Learn more at www.progressiveinnovations.com
This is our featured story. This video includes a testimonial from Nor-Am Cold Storage’s V.P. of Operations Scott Albers and an interview with Progressive Innovations’ Production Commander Kyle Sweningson with advice for EMA (Emergency Management Association) managers and Business and property managers regarding sandbagging and modern flood control. Also, included in the video is the ProBagger 12, Instee Levee Builder, and Quick Levee Builder demonstrating high speed on site sandbagging and production of Fast-Built Levees.

We welcome your questions. Learn more at www.progressiveinnovations.com 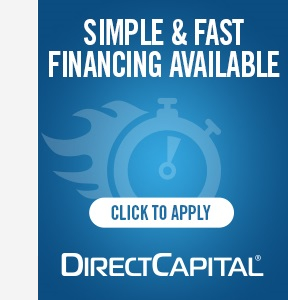